Approaches to optical measurement of skin oxygenation and bone-cell differentiation are studied and shown to be effective. 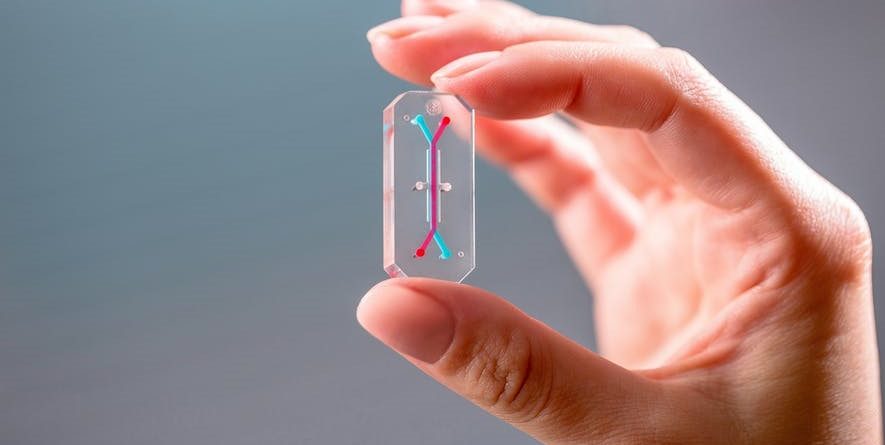 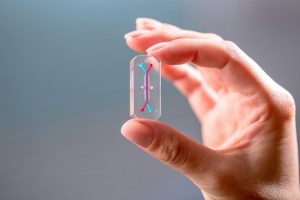 Researchers at Cedars-Sinai Medical Center used the microfluidic capabilities of an “organ-on-a-chip” to develop a bone-chip that can integrate into various imaging systems.

All biomedical research aims to produce some human benefit, but some targets near-term clinical use. This “translational research” is as diverse in application as skin and bones—including an optical skin oxygen sensor for dermatological and cosmeceutical use, and a chip-based platform for optically monitoring bone-cell differentiation.

Audrey Huong and Xavier Ngu of Universiti Tun Hussein Onn Malaysia (Parit Raja) noted the multitude of commercial products that claim to boost the oxygen content of skin—and the dearth of independent verification of those claims, along with lack of evidence that increased oxygen actually improves skin health. To address both issues, they built a handheld device with LEDs of three distinct wavelengths in an annular ring around a CMOS imaging camera. Building on their previous work developing blood-oxygenation absorption curves, they processed the reflectance image at 532, 560, and 650 nm to create a two-dimensional map of the skin oxygen saturation level (StO2).

They randomly assigned use of various skin care creams, some of which claimed to increase oxygen content and some that did not, to a group of volunteers. Volunteers applied the cream twice each day for three weeks, and the researchers measured the average oxygen content of their skin in a 15 × 20 mm area on both the right and left cheeks. Although the results aren’t entirely conclusive, there was a clear difference between those using an oxygenating product and the two who used products without oxygenating components (whose StO2 decreased during the study). All of the volunteers, however, reported subjective satisfaction with the skin treatment they had been assigned.

This raised the question of the link between StO2 and skin health. The researchers then used their device to examine oxygenation around the skin of a volunteer with acne, monitoring levels as a pustule developed, ruptured, and began to heal. Oxygenation decreased in the area of the pustule, then increased as healing began, consistent with the known progression: bacteria grow in the pustule, and then the healing of the rupture begins with revascularization.

This confirms the importance of oxygenation for various processes in the skin, and begins to make a link between oxygenation and skin health. “We’re looking to expand our trial into multicenter/multinational study before pushing this sensor for commercialization,” says Huong. “We believe this technology would help beauticians and other skin specialists understand the physiological processes as skin conditions progress.”

Dmitriy Sheyn and his colleagues at Cedars-Sinai Medical Center (Los Angeles, CA) are developing a microfluidic device that simultaneously serves as a tissue scaffold, a growth environment, and an optical imaging platform.

Building on previous work designing organ-on-a-chip devices, Sheyn’s team used a 400-µm-wide polydimethylsiloxane (PDMS) membrane with micropores capable of supplying nutrients and oxygen for the cell culture. They modified mouse mesenchymal stem cells (MSCs) with a luciferin reporter gene and a chemical differentiation trigger, then established cell cultures on both sides of the PDMS substrate. The “bone-chip” was then presented with either static or flowing growth medium. Weekly bioluminescent imaging (BLI) with luciferin supplementation revealed that flowing growth medium led to robust culture growth, while the static medium kept the cells alive, but did not encourage proliferation.

Some cultures were then given the chemical trigger for osteogenic differentiation, with its consequent development of extracellular calcium matrix. Using commercial osteogenic fluorescent markers and their associated infrared imaging systems, the researchers verified that flowing media produced the highest signal.

The final step in validating the design principle was to directly image bone sialoprotein (BSP), a significant component of mineralized tissue. The device design allows for fluorescence imaging of living cells, but for the proof-of-principle test, the cells were fixed and labeled with a fluorescent antibody to BSP. The results were correlated with PCR of genetic markers of differentiation, which confirmed the accuracy of the fluorescent imaging, establishing a path for real-time longitudinal studies of bone cell differentiation.

Sheyn says the immediate use is for drug discovery in a more realistic in vitro tissue environment than previous 2D cultures. He sees two potential applications at the next translational level. A “patient’s cells can be seeded on the bone-chip and their response to exogenous stressors or therapeutic agents can be monitored, or the chips can be preseeded with standardized cells and we can observe their response to patient-specific fluids.” The device, Sheyn summarizes, “avoids the complex interactions, long study time, and ethical issues associated with in vivo animal studies. 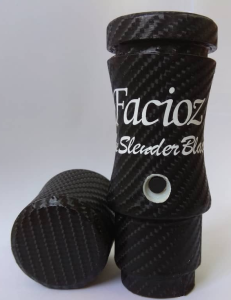 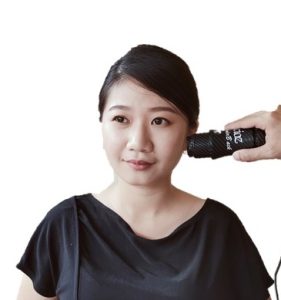 Three lifestyle changes that changed my life in 2022