Comedy is no laughing matter

“Comedy is no laughing matter” is the exact thought that I had when I heard the news about a comedian getting arrested for making jokes at a comedy club. Making people laugh is not an easy task especially in today’s world where the slightest hint of insensitivity would trigger national interest and even serious predicament of social unrest.

It is a fine balancing act of finding just enough to condemn and ridicule a subject but not too much to hurt and offend people related to it. The classic concept of comedy apparently was to hold a mirror up to society to reflect its stupidities and shortcomings in a fun and satirical manner.The word comedy itself derived from the Greek origin meaning “to reveal” shows it’s a way to point out what was wrong and hopefully force a change.

However, the combination of constant pursuit to create more funny material and the public perception of looking at subjects in the comedy as personal as compared to social issues has led comedy to a negative connotation that it does not deserve. But let’s not forget what comedy can do if done properly.

Comedy has a great power in providing information. In the United States, they have shows such as The Daily Show by Trevor Noah, The Late Show by Stephen Colbert, The Late Late Show by James Corden and many more. These shows portray the political scenario, economic situations, and social issues in America in a hilarious and comical manner. It allows average people to be interested in the news of the day.

People don’t have the time to read newspapers so they watch shows that are informative and equally entertaining. Comedy is the bridge that can be used to deliver news to the people. During the peak of Covid 19 pandemic, these aforementioned TV hosts would provide critical information, calling out misinformation and holding leaders accountable and the public are more receptive to it compared to what they hear on the news channel.

Comedy also can be the catalyst for social awareness and change. You can take a mundane and boring issue, create a meme on it and people are suddenly interested in it. That’s the power of humour. In 2016, Amanda Nguyen founded an organization to protect sexual assault survivors through the organization called ‘Rise’.

However, it did not gain the traction it needed and there was no support or recognition towards it. So, Amanda partnered with an independent studio aptly called Funny or Die to create sketch comedy video to expose the loophole in the laws to protect sexual assault victims. The video received huge attention and pushed movement to the cause to an extent that it forced the U.S Senate to pass a new bill called the ‘Sexual Assault Survivor Bills of Rights Act’. It shows the power of comedy can resonate to the steps of parliament and legislation.

Victor Borge, an American comedian once wrote “Laughter is the closest distance between two people.” Comedy brings us together, whether we’re joking with our friends at the Mamak shop, playing pranks with our family members or laughing together with the audience at a comedy club. Laughter can become the social glue. It binds people together. The feel-good factor of laughing helps in improving and mending relationships.

In Central Africa, there is something called the “Joking Kinship”. Basically, when two tribes that have been at war for so long decide to have a truce, they will have an agreement in place. One of the points in the agreement is that there will be no act of physical war between these two tribes however they are allowed and even encouraged to make fun of each other at every opportunity possible. African chiefs are wise enough to know that tribes that have been at war for so long can’t simply live in perfect harmony straight away so they provided the tribes with a vent to displace their annoyance and hatred through comedy.

Making someone laugh is the greatest power any human being can have. But as the saying goes, with great power comes great responsibility. We should not underestimate the power of comedy and how it can shape and change the way we live. By understanding its potential, we can utilize comedy to greater goods. 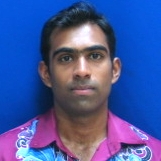 This article was published in :

Tertiary education talks: the right choice is the only choice!