The raya dilemma: How COVID-19 has robbed Eidul Fitri off its’ lustre

As Ramadan moves into its last ten days, Muslims around the world have stepped up the gear in making preparations to celebrate Eidul Fitri or Hari Raya Aidilfitri. Unlike... 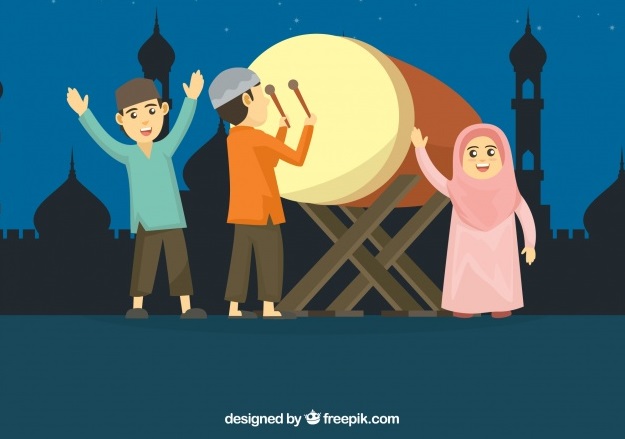 As Ramadan moves into its last ten days, Muslims around the world have stepped up the gear in making preparations to celebrate Eidul Fitri or Hari Raya Aidilfitri. Unlike in previous years, however, the mood to celebrate raya seems rather sombre, no thanks to COVID-19. The lacklustre atmosphere perhaps started when lockdowns were announced worldwide.

In Malaysia, Prime Minister Tan Sri Muhyiddin Mohd Yasin announced the beginning of Movement Control Order (MCO) on 18 March 2020. This has resulted in temporary closure of places of worship including suraus and mosques around the country. As the MCO entered Ramadan, Muslims have no choice but to perform tarawih prayer at home. The tarawih, a ritual prayer for Muslims during the holy month of Ramadan, is normally performed in congregation at suraus and mosques. Post tarawih activity such as recitation of the holy Al-Qur’an or tadarus is also affected as the tradition can only be performed at home with family members.

There is also no period of retreat at the mosque or I’tikaf in the last ten days of Ramadan this year. Payment of zakat is no longer performed through zakat collector or aamil. Instead, it can now be made online using portals developed by zakat collection authorities. At the beginning of the holy month this year, Ramadan bazaar was restricted but specified to e-commerce by the government including food for iftar.  Instead of flocking the Ramadan bazaars, Muslims either prepare their own dishes or order them online and get them delivered at their doorsteps by masked riders.

As the situation has gradually improved, the Malaysian government then announced some relaxations on the restrictions in MCO and introduced Conditional Movement Control Order (CMCO).  However, when it comes to Eidul Fitri celebration, the public is still not allowed to make inter-state movement for raya visits. The Prime Minister also announced that any raya gatherings should not exceed 20 people. The Director General (DG) of the Ministry of Health, Datuk Noor Hisham Abdullah, then further clarified that the real issue is not just about the maximum number of people in a place at one time but what is more important is to keep the 1-metre distance between one another.

Furthermore, raya visits are not encouraged except for family members and should only be done on the first day of raya. Even so, the family members should refrain themselves from doing the tradition of shaking hands and even embracing one another. All these are safety measures to be observed especially in order to protect the older family members such as parents and grandparents as 50% of COVID-19 death cases involved victims aged between 50 years old and above. The DG then proposed the number of visiting relatives to be reduced or not to do raya visits at all, if the measures cannot be adhered to.

These raya standard operation procedures have put many Muslims in dilemmas. Should the raya visit be done at all? How should we control the number of visiting relatives and make sure that they will practice the 1-metre distancing? Should the guests queue and stand in 1-metre gap upon entering the house? Should there be anyone in charge to check the guests’ body temperature? There are also fear that the older generations may not take all these safety measures kindly. Thus, this has raised some dilemmas regarding the elderlies. Would they be able to accept the fact that their children and grandchildren cannot balik kampung? How would they feel if their children and grandchildren refuse to perform the customary hand shaking?

While there have been discussions about family members who started talking on taking turns for raya visits and entertaining guests at the kampung to ensure safety, the COVID-19 pandemic and CMCO have certainly taken the Eidul Fitri off its’ gloss. Just like the other aspects in life, the Eidul Fitri celebration will also follow the ‘new normal’ traditions beginning this year and perhaps for some years to come.

Everyone should plan to adopt and adapt “the new normal”…

*Featured image is owned by freepik.com

Some useful tips for avoiding farcical situation while working from home

Sharing is not ALWAYS caring