Some useful tips for avoiding farcical situation while working from home

Three years ago, an American academician, Professor Robert Kelly became internet sensation as a video clip showing him interrupted by his two little children during a live video interview... 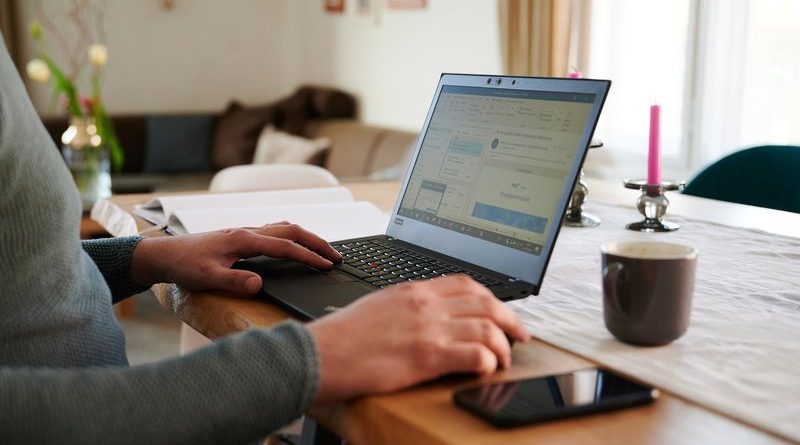 Three years ago, an American academician, Professor Robert Kelly became internet sensation as a video clip showing him interrupted by his two little children during a live video interview on British Broadcasting Corporation (BBC) went viral.  During the incident, Professor Kelly was being interviewed from his home, discussing a serious topic on the impeachment of the then South Korean President, Park Geun-hye.

However, he forgot to lock the door to his home office. Chaos then swept in as his two little children soon stormed into the room. The first to come in was his daughter Marion, who was four-years old, jauntily walked into the room after noticing her father was on air while she was watching the beginning of the interview on the family’s television on the other end of the house.

Soon after, her little brother, James rolled into the room in his baby walker.  The seriousness of the interview quickly evaporated and the whole situation suddenly turned comical. As Professor Kelly was trying to keep a straight face, his wife, Kim Jung-A, was the next to burst into the scene after realising the two children had just joined their father live online. She slid into the room, crouching low in a failed attempt to avoid being caught on camera and quickly dragged her children and made a quick exit. It was a truly hilarious situation and Professor Kelly was then hilariously nicknamed as BBC Dad.

It was perhaps a rare occasion back then as WFH was just an option. During the ongoing period of Movement Control Order (MCO), however, WFH is widely practised. Many office matters are allowed to be done at home. In fact, face to face meeting is allowed when only it is deemed necessary and by strictly adhering to the standard operation procedures stipulated by the authorities.

As WFH has become a common practice, there have been stories similar to the one experienced by Professor Kelly. These include disturbances by young children while on live video conference, voices from angry spouse and sounds from mortar and pestle and food processors coming from kitchen, noise from gurgling and flush from toilet and a host of other comical and potentially embarrassing incidents. All these incidents become farcical especially during WFH activities that involve live video and worse if it is viewed by a large number of audience.

Therefore, certain precautionary steps need to be taken in order to avoid such incidents from taking place. For one thing, get a secluded place with no or least disturbance. If you work in a room, it is a good idea to lock the door. Also, remind other family members or housemates beforehand that you are going to be live online. It is also advisable to conduct the live session at a time when there is no kitchen activity. In the month of Ramadan for an example, try not to have any live session in the evening as it is during this time when a lot of cooking related activities take place.

While we used to laugh at Prof Robert Kelly three years ago, a similar potentially hilarious incident could happen to us if we do not take precautionary steps prior to a live video conference for a WFH activity. Well, unless we choose to become infamous and want to make ourselves become viral for the wrong reason.

*Featured image is owned by The Star

Teaching and Learning during MCO Period: Challenges and Opportunities

The raya dilemma: How COVID-19 has robbed Eidul Fitri off its’ lustre