This program was conducted simultaneously through the Zoom video conferencing platform and in a face-to-face setting in UTHM with almost 50 participants.

The Centre for Language Studies (CLS), Universiti Tun Hussein Onn Malaysia (UTHM) and the International Culture and Language Club (ICLC) had once again cooperated to achieve the main objective of the program – to establish ties between the two countries, Malaysia and Japan.

Among other things that were achieved through this program was the exchange and sharing of cultural knowledge and the way of life between the Japanese and Malaysian communities.

Participants were introduced to and explained in full detail about special foods and ingredients used in cooking ‘okonomiyaki’.

On average, the participants were very excited to learn about traditional Japanese cuisine.

Next, a cooking demonstration was conducted by Junko Hiyama, a Japanese language teacher at UTHM along with two KOSEN (National Institute of Technology) students, Sachi Arata and Natsuki Morimoto.

They were very meticulous and presented a very detailed process of cooking Okonomiyaki.

Okonomiyaki is a combination of the word ‘okonomi’ and ‘yaki’. ‘Okonomi’ refers to something that you prefer while ‘yaki’ means cooked or grilled.

Okonomiyaki is known as flour-based food. It can be cooked with flour, cabbage, seafood and so on.

Okonomiyaki is also topped with a special sauce which is called Otafuku okonomiyaki sauce and mayonnaise, then sprinkled with “Katsuobushi,” which is also known as dried bonito flakes.

The participants who participated in this program face-to-face had the opportunity to taste some of the ready-cooked okonomiyaki for themselves.

“It is very interesting and delicious!,” commented Ahmad and Aziz who are students from Somalia studying at UTHM.

The program coordinator and ICLC Club advisor, Yeoh Li Cheng, expressed her appreciation and congratulate all the committee members and participants of this program.

“This program is very meaningful.

“Apart from getting to know about Okonomiyaki in general, we also learn the background and the story behind Hiroshima’s okonomiyaki, which is a symbol of reconstruction from World War II.

“From the story, I believe that all of the participants and myself will appreciate the peace and the cuisine itself more,” said Yeoh. 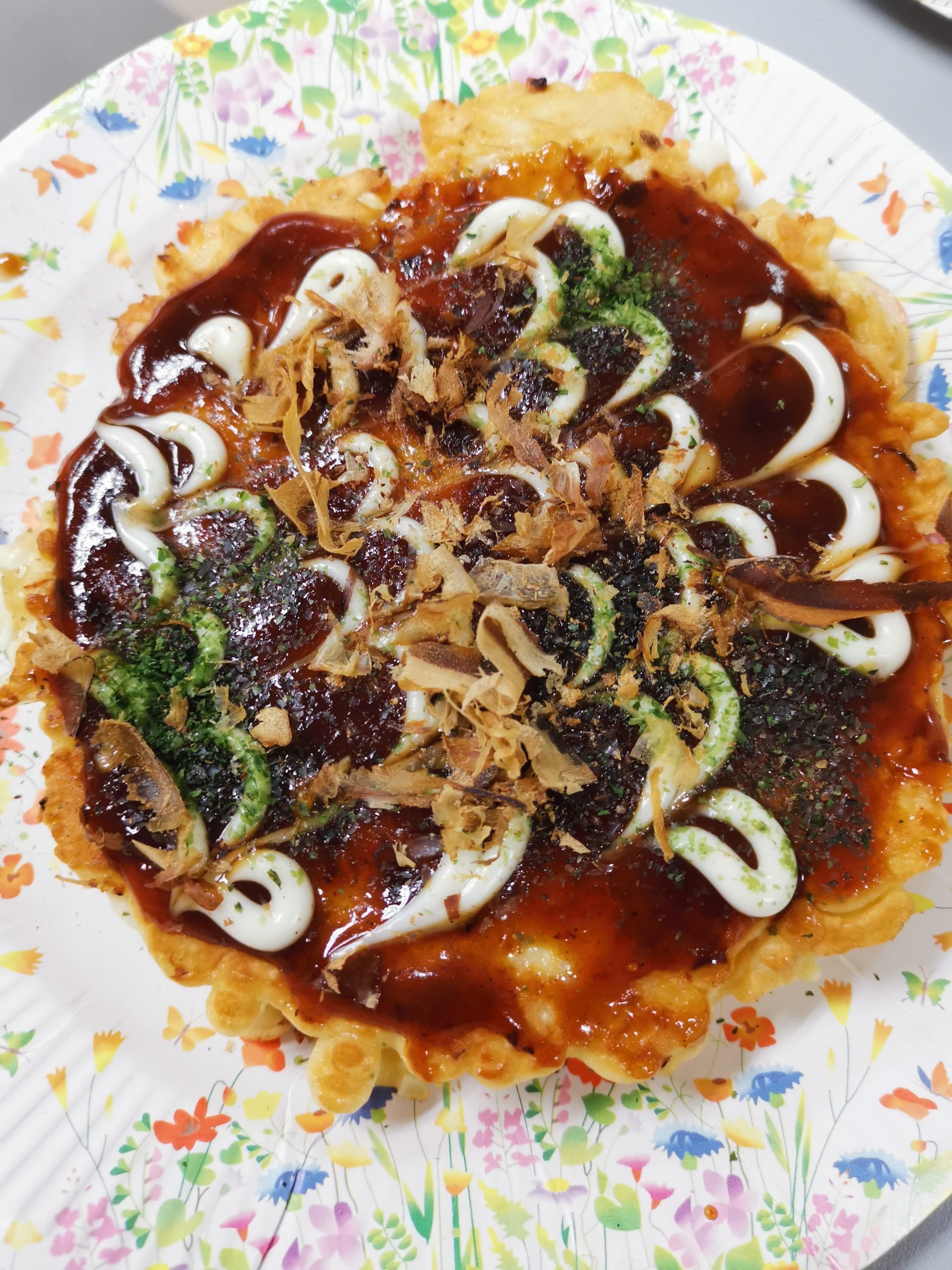 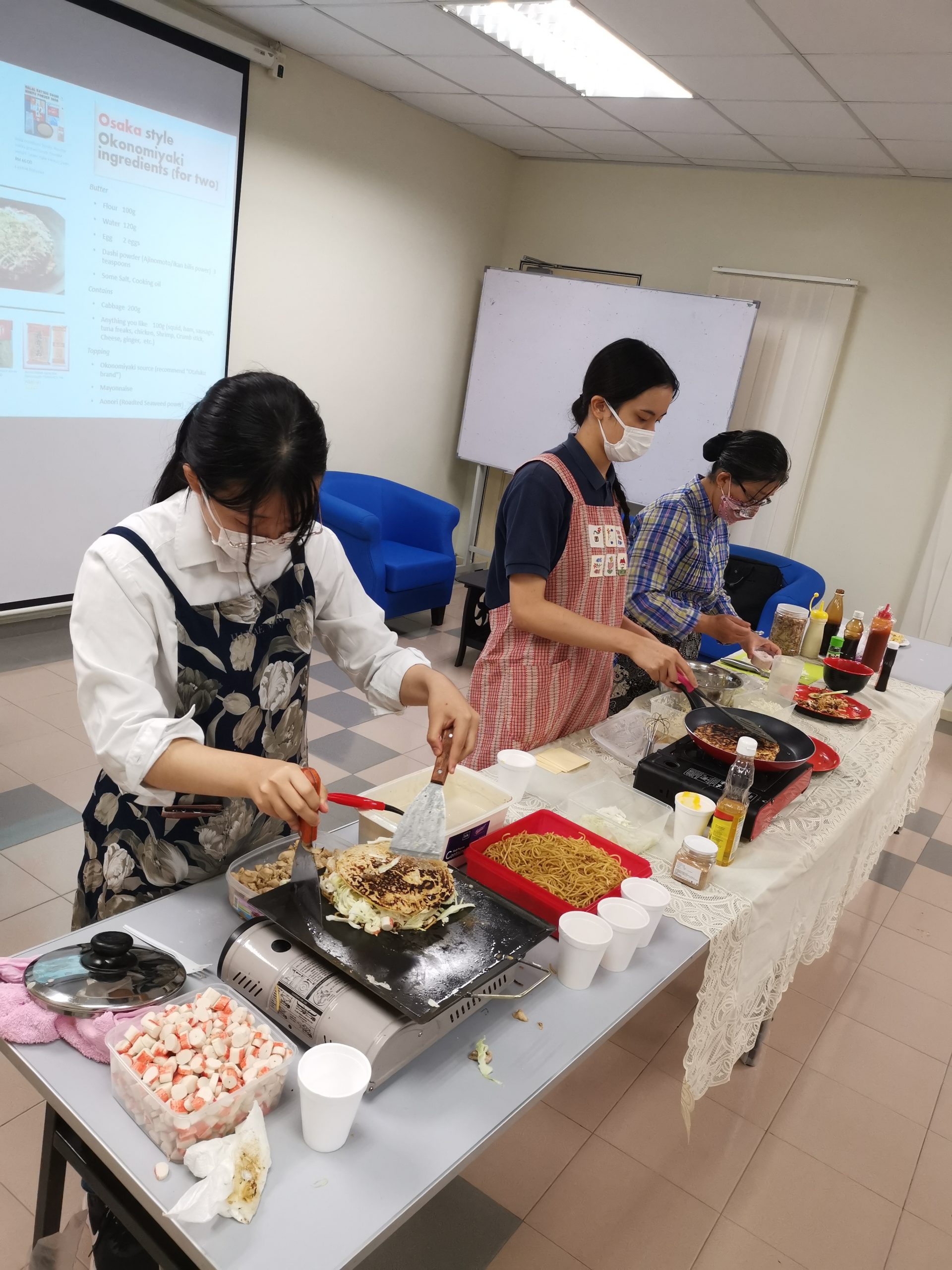 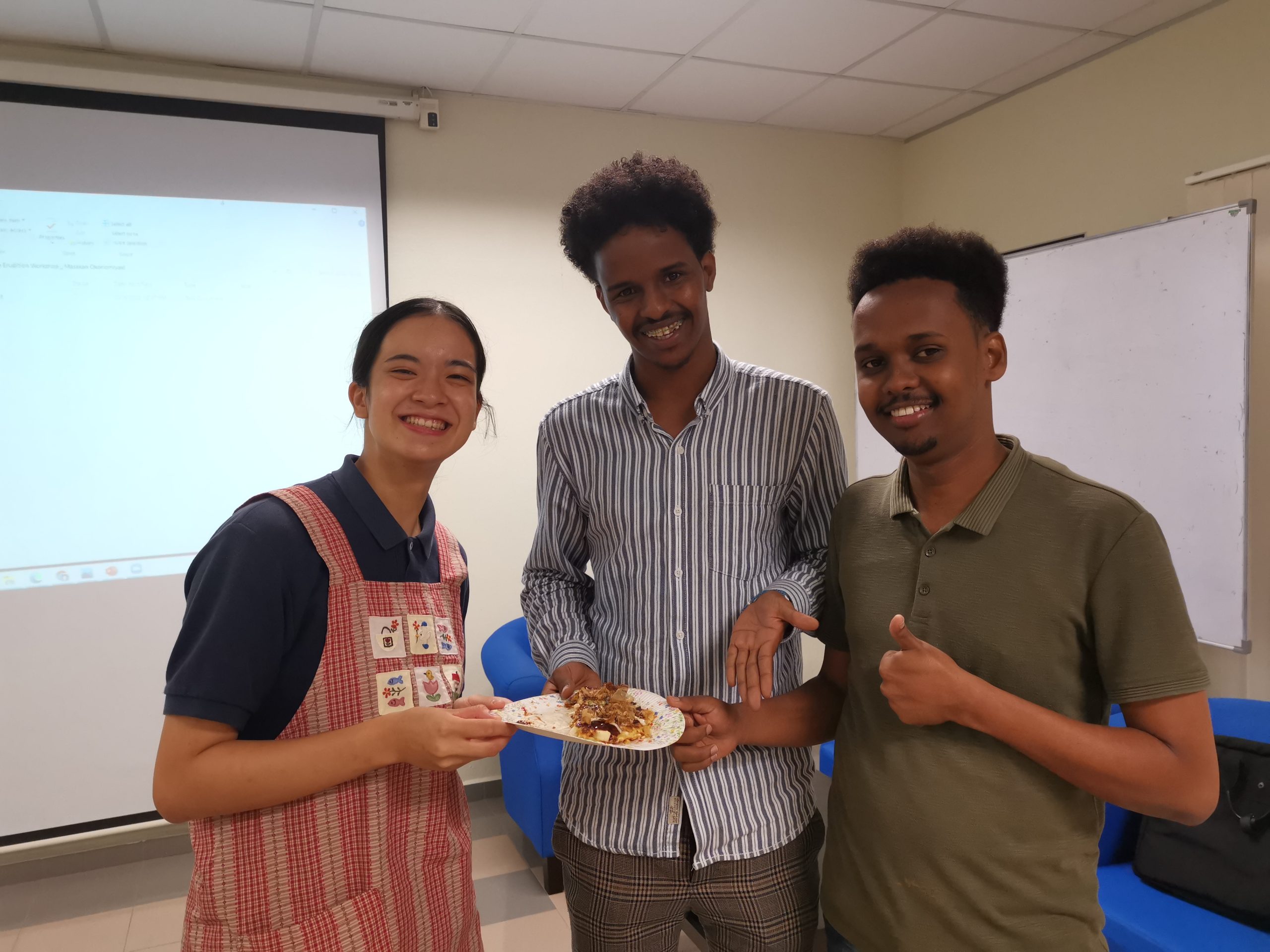 Reading and life values: my takeaways