KUALA LUMPUR, Jan 28 — Japan is eyeing three local universities as partners to set up a training centre in Malaysia to produce skilled manpower if it wins the... 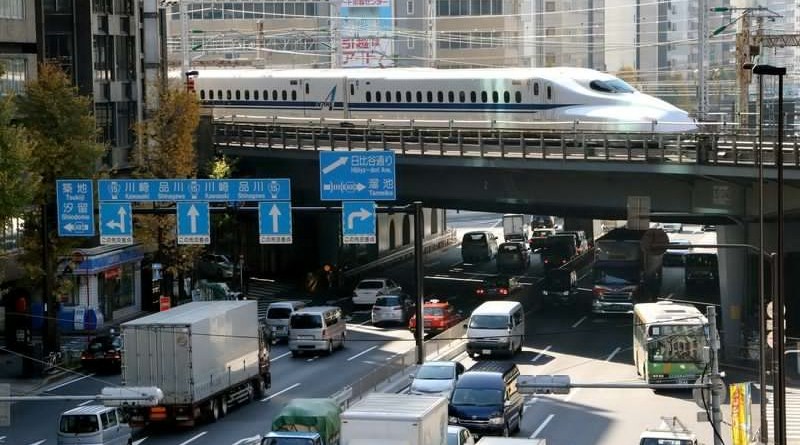 KUALA LUMPUR, Jan 28 — Japan is eyeing three local universities as partners to set up a training centre in Malaysia to produce skilled manpower if it wins the bid to build the Kuala Lumpur-Singapore High-Speed Rail (HSR), billed as Southeast Asia’s largest infrastructure project.

This will be the core of Japan’s technology transfer and human resource development plan to enable Malaysians and Singaporeans to acquire the Shinkansen bullet train technology which Japan invented over 50 years ago to operate the system in the two countries, said Japanese Ambassador to Malaysia, Dr Makio Miyagawa.

He said academic institutions, such as Universiti Teknologi Malaysia and Universiti Tun Hussein Onn, both in Johor, as well as Universiti Teknikal Malaysia in Melaka, all of which lie along the alignment of the HSR, would become perfectly well-located centres for training and excellence.

“At the same time, the technologies to be generated in these universities could be adaptable and applicable to other advanced technology areas, not just high-speed rails but also a variety of other high-technology industries. This will push up the entire technology levels of Malaysia and Singapore,” he told Bernama.

Dr Miyagawa said over 70 Malaysians had already been invited and studied in Japan as an initial effort to acquire and master the related technologies, including researchers, engineers, the Public Land Transport Commission experts and state government officials.

Their study tours should be excellent occasions, conducive to effective transfer of advanced technologies, hardware as well as software, such as human skills of punctual management of Shinkansen train systems to be operated on the Malaysian and Singapore soils.

“These visits should be the best-suited opportunities for future operators, engineers and technical experts to learn how the Japanese government and companies have created this technology and how they have successfully expanded it throughout various industrial sectors in Japan.

“We have made very similar educational efforts to a few other countries which have made use of our technologies for their high-speed rails,” he said.

Dr Miyagawa disclosed that during his recent visit to Johor, he had opportunities to explain the importance of creating a good training centre in Johor and Melaka so that the operators living along the alignment states could equally enjoy the opportunities to join the HSR system and HSR system industry in the two countries.

He was also asked about the operational efficiency of the Shinkansen system, often attributed to the Japanese culture of diligence, punctuality and dedication to duty, and how this culture could be transferred to Malaysians.

Dr Makio Miyagawa has said Japan will set up a training centre in Malaysia to produce skilled manpower if it wins the bid to build the Kuala Lumpur-Singapore High-Speed Rail. — Bernama pic

Dr Miyagawa said: “There are many Malaysian students who have studied in Japanese universities and have acquired our work ethics and, on returning to Malaysia, have most diligently been contributing to the development of the Malaysia.

“I have met many of them, and I am confident that, through the management of Shinkansen, Malaysians can master such ethics and can perfectly operate the HSR system just as the Japanese do.

“These experiences will actually become the treasure trove for the future growth of Malaysia, and Japan is very delighted to see them carrying forward its know-how and skills,” he said.

He pointed out that those factors should be far more strategically important in selecting the final bidder for the Kuala Lumpur-Singapore HSR, than just the comparison of measuring costs per kilometre.

“Emphasis must be placed on SSP — speed, safety and punctuality. Japan invented the bullet train and has perfected the HSR operations for over 50 years without a single fatality.

“Constant improvements over 50 years have transformed the Shinkansen to become the world’s most advanced, fastest and the safest high-speed train system,” Dr Miyagawa said.

International bids for the HSR that is designed to cut travelling time from Kuala Lumpur to Singapore to 90 minutes from four to five hours are due to be submitted by the middle of this year and the successful bidder is expected to be known by year-end.

A joint-venture between Malaysia and Singapore, the project, worth between RM50 billion and RM60 billion, is due to be operational by 2026. — Bernama