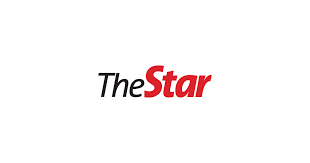 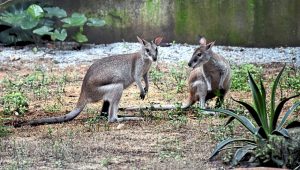 Various new attractions and activities have been created at the Melaka Zoo involving a cost of RM5mil in an effort to lure more visitors.

Hang Tuah Jaya Municipal Council (MPHTJ) president Datuk Shadan Othman said that among the attractions is the “Zoo and Bird Park” which houses 70 birds from the Sun Conure and Lory species.

In addition, he said the aviary also housed a pair of endangered Birds-of-Paradise worth tens of thousands of ringgit each.

“What’s more, there are eight wallabies or small kangaroos from Australia which are also housed at the Zoo and Bird Park.

“Visitors need only pay RM6 for a ticket (to enter the Zoo and Bird Park) and they will have the opportunity to feed the birds in the aviary,” he told a media conference in Melaka recently.

In addition, Shadan said a new cafe was established in front of the bird park to provide a larger selection of food to visitors.

He said a cave that would house 20 birds from six Toco Toucan bird species from South America would also be built, and was expected to be completed at the end of this year.

Shadan said all the attractions were a collaboration between MPHTJ and a private company.

He said over 300,000 visitors to the Melaka Zoo were recorded in the first four months of this year.

In another development, he said the main entrance ticket rates for the Melaka Zoo, namely, RM38 (adult), RM31 (children) and RM31 (senior citizens) were reasonable, and commensurate with the attractions and facilities available.

Meanwhile, the discovery of sea cucumber or bronok in Sungai Muar in Johor recently has provided local scientists with a new finding to study. Bronok also has the potential to become a new source of income for locals through gastro-tourism, with some folks creating a kerabu (salad) dish called Kerabu Bronok Selatan, using the sea cucumbers. 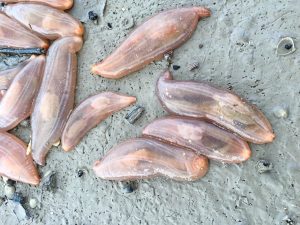 Bronok is a type of sea cucumber that can be found in Langkawi, and now, in Muar, Johor. — Filepic

Initial research found that the bronok or known by its scientific name Acaudina molpadioides in Sungai Muar is similar to bronok found in Langkawi in Kedah. Langkawi is known for its sea cucumber-based dishes.

With the discovery of bronok by well-known “folk scientist” Mohd Ilham Norhakim Lokman, followed by further research conducted by Universiti Tun Hussein Onn Malaysia (UTHM), it is hoped that this sea cucumber will make Muar popular among the kerabu bronok lovers.

UTHM head of research Dr Kamarul Rahim Kamarudin said the study, conducted by the Faculty of Applied Sciences and Technology in collaboration with the fishing community and local seafood entrepreneurs, is aimed at helping the community to make bronok a source of income besides seeing that there is a potential in rearing it in the river estuary.

“Bronok or Acaudina molpadioides is also referred to as a sea potato due to its shape resembling a potato. It breeds in marine ecosystems,” he said in an interview recently.

According to Kamarul, if there are big catches of sea cucumber in Sungai Muar, it is not impossible that one day there will be “Kerabu Bronok Selatan” or “Kerabu Bronok Muar”, and fans of this sea cucumber-based speciality will no longer need to go to Langkawi to enjoy the delicacy.

“Bronok is considered to contain nutrients similar to golden sea cucumber which is the main ingredient in the production of traditional sea cucumber-based products that can help with healing of wounds and for rejuvenation.

“The popularity of kerabu bronok in Langkawi was impetus to introduce the dish in Muar after getting the latest information on the presence of the species in Sungai Muar.

“Based on observations on external features or studies of samples obtained from the Sungai Muar estuary, it was found that this bronok has similar characteristics to that of the Acaudina molpadioides, which is the main ingredient of the kerabu used in Langkawi,” he said.

Kamarul said as Muar is already famous for several unique types of local food including oyster-based dishes, the introduction of kerabu bronok on the menu is expected to boost the local tourism sector.

“By introducing and popularising kerabu bronok in Muar, people will have an additional destination of choice to enjoy the dish,” he added. – Bernama