Slang and standard, are they aware?

Being a researcher on social media language has enlightened the author on how the language evolved and applied in mainstream use over time. Choosing English language as preference as the research sample was because of its widespread usage to almost all social media platforms be it Instagram, Twitter, Tiktok, Facebook or others. A huge number of new words which were also known as neologisms in the linguistics field were counted in just during the data collection phase of the research. Wondering and worrying at the same time of how diverse those new words were created or applied or being practised in mainstream use without the awareness of the standard pattern of a language? The concern of this issue reached the summit when there were, surprisingly, a significant number of students including those social media slangs in their examination answer scripts. That also concluded the belief that there were still people who were not aware of the differences between the Internet slang and the formal standard pattern of English language specifically. Therefore, research on the new word formation through social media should be carried further and updated over time on the acceptance to the standard setting of the language other than to avoid any misconceptions to new learners.

As reported in the study, it can be seen that most social media users tend to repeat the process of word formation instead of using the existing ones. In the linguistics field, the word formation process is known as morphology. Findings from the study reported that acronym has the highest frequency of usage, followed by blending. According to Alawad (2018), an acronym is a word coined from the initial letters of several vocabularies and is known as initialism (alphabetism). Blending on the other hand, is defined as a word formation process which combines two or more morphemes into a word by subtracting syllables in a word and joining the chosen syllable with the other syllable from the other words. To form words through the blending process must be by combining two separate words with different meanings to form a new one (Baliaeva, 2019).

In terms of applying acronyms in social media usage, there was a high possibility caused by the limitation of words by the platform. For instance, Twitter has had a limit of only 280 characters per ‘tweet’ or so called post. This rule might drive users to use acronyms to reduce the number of characters in a single post. For example, the term ‘work from home’ was shortened into ‘wfh’ which definitely lessened a lot of characters used in a single post other than facilitating the typing process. Blending, as presumed by the author, is one of the unique morphological processes in creating new words that attracts people in using it. To illustrate, the new word ‘covirgin’ was created from the combination of ‘covid’ and ‘virgin’. It was a term used to demonstrate a person who has not been infected by Covid-19 virus since the pandemic hits the world. There were a substantial number of interesting neologisms found in this process such as covidiot, hangry, Instafamous, pawfect, sailabrate, saturdate and others.

However, the fact that most of the new words found were still not included in the standard English dictionary is worrying as some people, a new learner particularly might have mistaken the new word as an official formal standard language. This, as a result, would cause uncertainty and misunderstanding of the standard English language to the new learners as well as students who are using the new words in the examination scripts without further explanation on the neologisms used. As a consequence of this situation, it will enkindle confusion to the examiner apart from affecting the English language standard form for academic purposes.

In conclusion, this research will be a vital contribution in providing additional resources for people interested in similar subjects – students, instructors, researchers, and translators. It will increase the reader’s understanding of social media neologisms, including what they signify, how they’re used, and how much their use contributes to English vocabulary growth. Moreover, this study will also benefit language users by raising their knowledge and awareness of the standard formal English language usage as well as productivity of existing words in the English vocabulary, as it indicated that some neologisms were created from pre-existing linguistic features. This, as a result, would bring benefits towards academic perspective.

“Without neologisms, no new science is possible” –  Ingar Roggen 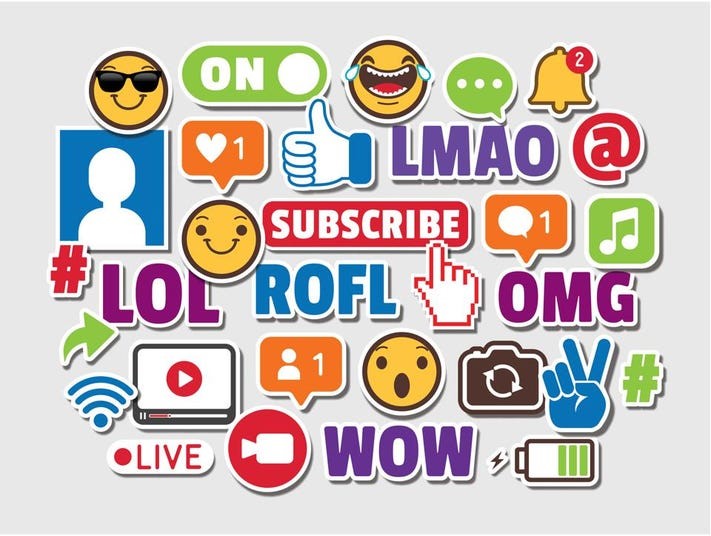 How does Covid-19 change the norm of Eid-ul Fitr Celebration?

You are not alone in this.