Thank you seems to be the hardest word 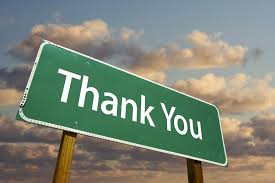 Words can spark people’s hearts, be it words of encouragement, words of wisdom, words of affirmation, or words of appreciation. When it is said, it will leave an impact to the other person, positive or negative. That is why we must watch what we say. Words of gratitude and appreciation is the easiest to spark someone’s hearts. When we receive a gift, help, attention, love, give way, praise, or even money, instinctively we would be saying ‘thank you’ to show our appreciation. Since we were young, we have been taught by our parents, elders and teachers that the word ‘Thank you’ is a magic word, and should be said when the situation calls for it. However, it seems that in recent times, this magic word has lost its magic in some people.

I remembered when I went to get my 1st Covid-19 vaccination in Selangor. People were so worried and tried to keep their distance from each other. Some of them looked skeptical and avoid talking to people, even the volunteers. It was disheartening to see how the volunteers were treated by some of the visitors. Some were treated as if they were criminals. From my observation as well, many of the visitors could not care less to say ‘thank you’ and did not show any signs of gratitude when the volunteers helped them. I could even count with both hands how many times the word was said. However, it was a relief to see that even when they were treated badly, the volunteers were still very helpful and attentive.

The word ‘thank you’ can be expressed verbally and by using gestures. In other cultures, both were used simultaneously, showing how appreciative people are in giving gratitude to others. For example, Spaniards are known to be very expressive. When they greet each other, they will show it by word and gesture. When they wanted to say thanks, they tend to hold the other person’s hand and sometimes they can give a peck on both sides of the cheeks.  In Malaysia, there are many ways of how we show our gratitude using gestures. For instance, we nod our head, put our right hand across our chest, raising the hand, raising the tip of your hat, give a thumbs up signal, among others. Now that we are familiarizing ourselves in the new normal, gestures such as above are more than welcomed, as we avoid saying thank you especially when we are not wearing a mask.

People these days, especially the younger generation seem to lack the courtesy and common sense. What will happen in another ten or twenty years? Will the word ‘thank you’ vanish altogether? Will the younger generation even know the word? Could they even know the meaning of it? Will the word lose its meaning and intention? Are they saying just for fun and to get some benefit from saying it? These questions are worrying as it is not something to be proud of, having the future generation to have lack of empathy. As mentioned earlier, thank you is a magic word. When the magic is gone, what will be left will be nothing but despair, leaving us with a society that are selfish in nature.

Saying thank you might lift up a small weight from someone’s shoulder.

Saying thank you shows that you appreciate.

Saying thank you shows that you care.

Saying thank you will never make you poor.

An Educator’s Hope for 2022 and Beyond