Malaysian democracy: a sight to behold

In the past couple of weeks, we were thrown into the deep abyss of political crisis in the midst of a raging pandemic. For a moment, it seemed as... 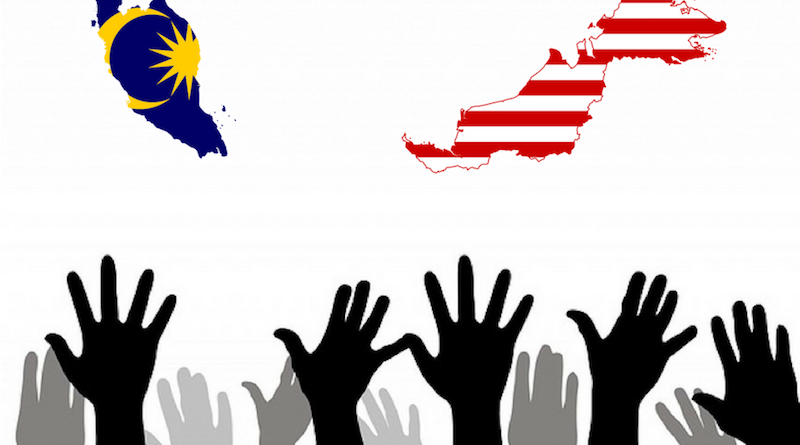 In the past couple of weeks, we were thrown into the deep abyss of political crisis in the midst of a raging pandemic. For a moment, it seemed as if Covid-19 had disappeared as the talks of who would be the new Prime Minister and which political leaders had the “magic” number were the only thing that popped up in our social media feed as well as around-the-clock coverage in the mainstream media. Footages of politicians’ vehicles arriving and leaving the former Prime Minister’s residence in Bukit Damansara had created a constant barrage of useless yet intriguing sense of suspense that boggles the mind.

People craved for any details and snippets that they thought would matter. It was understandable that the crisis required such a command of coverage as it was about the most important post in the country and, more prevalently, the direction of our country. As a government servant, I am constantly reminded to be apolitical, not to choose sides, and always be faithful to the government of the day. Thus, I would solely focus on perhaps what we took for granted while the leadership crisis took place and why we should cherish and preserve the practice of democracy in our country.

The former Prime Minister resigned on Monday, and by Friday in the same week, a new Prime Minister was appointed. The transition of power was smooth and seamless. The monarch exercised his constitutional duties and upheld his responsibilities as the “Top Man” in the land by advising the leaders of all political parties on their responsibility to the people. It was all resolved efficiently and constitutionally.

The vacuum of a working cabinet for these couple of days is not even felt. There is no disturbance to the government services. Hospitals still function in treating and saving people’s lives. Vaccinations roll out is working like clockwork. There is no military coup, violent demonstrations, or insurrections. These extreme circumstances may seem far-fetched in Malaysia, but it is not something delusional as political turbulences during power transition did took place in other countries.

In February 2021, Myanmar had its general election, and Aung San Suu Kyi’s party was set to win and govern the country. Yet, the military refused to accept the election result and engineered a coup d’état by kidnapping Suu Kyi and surrounded the house of parliament with soldiers. They immediately declared a national emergency. The military took control of the country’s infrastructure, suspended television broadcasts, cancelled flights, suspended telephone and internet access, and closed commercial banks. It was total chaos and did not take long before the people retaliated and started demonstrations against the military.  By the end of March, more than 600 people were killed, and thousand were assaulted and tortured.

Another example is the insurrection in the United States of America following the election last year. Donald Trump lost the election but claimed it was stolen and started spreading misinformation regarding the election with the tagline “Stop the Steal.” On January 6, 2021, protesters armed with guns and bombs stormed the Capitol building to stop the certification process of Joe Biden as the new President of the United States of America. It was a sight never before seen in the history of the so-called “leader of the free world.” Lawmakers had to barricade themselves in the Capitol building with tables and chairs to block the doors, fearing for their lives. In total, five people died, including a police officer. It was a black day for a country that proud itself as the custodian of democracy.

On the other hand, our “constitutional crisis” consists of press statements, a couple of meetings, statutory declarations (SDs), an audience with the King, and press releases. The whole scenario may seem boring, but it’s the good kind of boring. We could stay at home in peace and watch what unravelling political dramas and turns of events while enjoying “teh-tarik”. It is essential not to take this for granted and appreciate the democratic system that we have in Malaysia. The respect of leaders and the people towards the constitution is also a thing of beauty as there were no attempts to violate and take matters into their own hands.

Though I’m sure there is no love lost between opposing political parties, once again they proved their worth in respecting the royal decree and the constitution that upholds our democracy. This chapter of democracy would be recorded in our history book for years to come, and of course, we are grateful to have lived in it, and rest assured, it would be a beacon of hope and pride for the generations to come.

The untold story: An Interpreter of MH17 tragedy