Earth needs a break: Give it a rest

The main engine of climate change is greenhouse effect. After the greenhouse gases sent to the atmosphere and entrapped more radiated solar heat from the Earth’s surface, raised the world temperature, and altered global climate patterns. Until recent, very much of heat and carbon dioxide have been absorbed by the planet’s oceans, resulting in rising water temperatures and increased acidification of the waters. This, in turn, led to mass die-off coral reefs, loss of habitats for many of fish species, and other deleterious effects to the planet.

A warmer atmosphere due to the emission of greenhouse gases can also lead to a chaos weather; catastrophic flooding, decreasing rainfall, frequent and prolonged heat waves, devastating wildfire. All of these will become more pronounced over time, even is believed will suddenly occur, with little warning, and could result in large scale disruptions in human life. Seems like the Mother Nature is saying, “Stop! Don’t go beyond this point, or it will be dreadful consequences!” It is a sign for us to not go outside the critical thresholds as it will bring abrupt and drastic changes in ecological systems.

Since the novel coronavirus (Covid-19) pandemic is violently spreading, clear blue sky and empty roads had become the rarest of rare across the globe. Sudden reduction of human activities gives chance to the nature to breathe with a sign of relief. It is fascinating to see how nature seems to reassert itself and out to pronounce their rights, leaving a clear indication of how pollution created by human has impacted the Mother Earth. Today’s evidences have shown that the first law of ecology, “Everything is connected to everything else” is undeniably true. We can see how the nature is functionally connected to the network of interconnection in the ecospheres, among the living organisms, between population and species, and their physicochemical surroundings.

Jam-packed cities recorded lesser number of people venturing out in cars, when the lockdown in place. Places with 500-600 AQI during winters had recorded a huge drop until as low as 50, that makes people can breathe and experience clean air after years of pollution. Shutting down industrial activity and reducing vehicles on the roads after the restriction order have reduced air pollution levels across the world. London Air Quality Network reported that levels of nitrogen oxide (NO2) were distinctly comparatively lower than in the same period last year.

Swans, dolphins and fish move to spaces left empty by human, Himalayas can be seen again from parts of India after decades, murky rivers and canals become more vibrant and cleaner, otters cheekily enjoying a day out at the park, nature wildlife returning home, which all of these allow us to think, “Are we the virus to the Earth? And is the Covid-19 the Earth’s vaccine?” A really heart-warming message that leaves remarks on everyone called human.

Yes, some of us may not agree with what is written here. However, at points, we must agree that the nature is now showing up indicators of freedom. Animals coming out as the surroundings are quiet and peace from human activities. Unquestionably, as the water becomes colder, as the air becomes cleaner, fish and dolphins began to move into spaces left empty by human.

The interplay between human activity and planetary behavior has led us to rethink and reconceptualize the Earth as a complex matrix of living and non-living systems that interact to each other, under normal conditions, to maintain a stable balance. And when one of the major matrix components is damaged, ruined or abandoned, the other components will respond in their unique ways in attempting to restore the natural order of things. All we need is a peace of nature, and not pieces of nature.

This coronavirus pandemic has become a wake-up call to human to stop exceeding the Earth’s limit. We used the Earth’s resources faster than they can be restored. We released wastes and pollutions quicker and greater in volume than they can be absorbed. We have long been setting ourselves up for disaster.  All of which seems like we never care of the planetary boundaries.

Humans are resilient. We are capable of beginning again. We must learn from our failings, therefore we can build up a brighter future. Now is the right timing for us to embrace the moment of upheaval as an opportunity to start investing in resilience, shared prosperity and become concern on the planetary health. The entire human race can actually work together towards a sustainable future, if we want. So yes, it is strongly believed, there is huge potential to restore our degraded ecosystems at large scale. Earth recovery is possible.

During this lockdown, while staying at home, we can still get in touch with families and friends via phone calls, video calls through varies of media, taking care of parents and grandparents. Staying indoor will not just saving our lives, but also doing our bit in healing the nature. More sustainable future is not merely for our next generation, but also for the ecosystem as a whole. After this pandemic ends, we probably can see the Earth is serene and smiling. 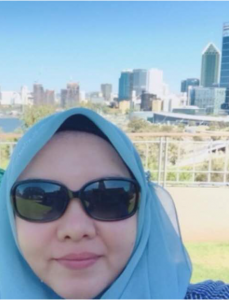